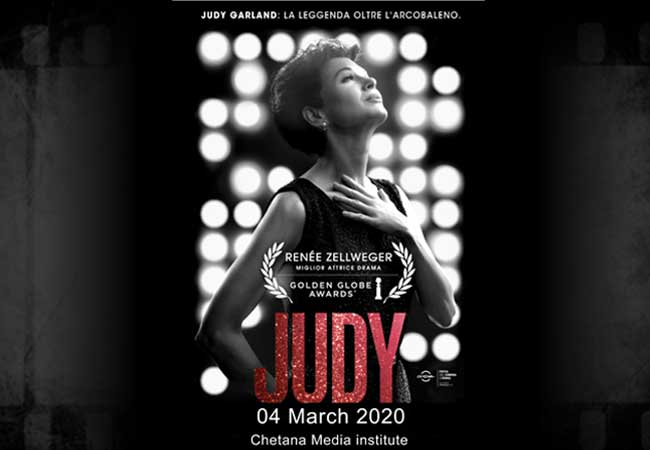 (2019) (USA) (118 mts) Dir:  Rupert Goold – 4 March 2020
This is a biographical drama about American singer and actress Judy Garland. The film follows Judy Garland’s career during the last year of her life when she relocated her stage career to Britain. After some initial success for a run of sell-out concerts in London, her efforts eventually stop making progress and even start to worsen due to health issues. The film is praised for the performance of Renee Zellweger in the title role. In addition to the Oscar award for the best actress of the year, the lead performance of this film has won several honors: the Golden Globe Award, Screen Actors Guild Award, British Academy Film Award etc.